When choosing a Texas electricity plan and energy rate, the Electricity Facts Label (EFL) sheet might not seem that important at first. However, an EFL is critical to selecting a Texas energy plan that’s correct for your home so you can prevent a big billing surprise.

Let’s take a deeper dive into the components of an EFL so you can understand what each item means and learn how to use the information. 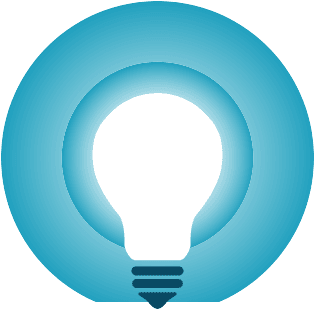 What exactly is an Electricity Facts Label?

It’s pretty simple, really. In Texas, you’re allowed to choose your own electricity provider. There is no government-regulated monopoly as in the days before deregulation, when you paid whatever rate the regulators decided and didn’t have to worry about how to analyze energy plans to select the best one for your home.

In the Lone Star State, you can choose from Texas electric companies ranging from large energy providers such as Reliant Energy and mid-size discount providers like Gexa Energy, to smaller companies who are reputable and innovative with low electricity rates such as Pulse Power and TriEagle Energy.  Some Texas light companies have cheap electricity rates and plans with no gimmicks that provide predictable billing, while others use gimmicky rates that mislead consumers and cause monster billing surprises. Also, electric companies such as Green Mountain Energy specialize in renewable energy “green” plans, including solar power plans that don’t require panels.

To help Texans compare plans on an apples-to-apples basis, the state created the state-mandated EFL, which providers must issue for each energy plan.

The EFL provides important disclosures about the energy rates you’ll pay at various usage levels so you can decide which plan best fits the usage pattern of your home, and other information such as the amount you’ll pay if you cancel your plan early, the term length of the plan and whether your rate will be fixed or variable. These items will help you make a more informed choice. And you can use the Smart Meter Texas org website to access your home’s energy usage, which is very convenient when reviewing the Electricity Facts Label’s price points for various usage levels.

Sample of an EFL

The most important part of the EFL is the section at the top showing the electricity rate. This gives you a simple way to compare your “effective rate” at specific monthly usage amounts. These rates will vary by TDU zone (e.g., Centerpoint services Houston electricity and Oncor services Dallas-Fort Worth electricity).

These average prices are examples. Your price for electricity will vary depending on your actual usage.
The average prices above do not include taxes and charges that may be ordered by a municipality

Just below the “effective rate” information is a breakdown of charges that are included in the rate calculation. These include the energy rate and monthly fees. Often these charges are broken out for the retail energy provider (REP, who sells you the energy) and the Transmission and Delivery Service Provider (TDSP, the regulated entity that maintains the wires and corrects outages). Other information may include tiered rates for different usage amounts in a given month, bill credits for reaching specific usage amounts, and other monthly fees.

The remainder of the EFL provides details such as whether the rate is fixed or variable, the term length of the contract, early termination fees, and renewable energy content.

How to Read Your EFL

Now that you know what an Electricity Facts Label is, it’s important to know the meaning of the components in the EFL sheet. Keep this list handy so you can refer to it while you search for your Texas electricity provider.

If you wish to terminate the contract before the term is up, you’ll pay an early termination fee (ETF), unless you are cancelling because you are moving away from your home.

Some plans allow you to pre-pay. These plans are usually targeted to consumers with poor credit and the rates are often expensive.

Why should I use an Electricity Facts Label?

The Electricity Facts Label (EFL), a state-mandated sheet of facts about energy plans that are offered to Texas residents on HomeEnergyClub.com, includes the price you’ll pay at monthly usage levels of 500 (apartments and condos), 1000 (smaller houses) and 2000 kWh (larger houses). It’s important to always match any energy plans you consider to your home’s usage in order to avoid bill surprises.

An EFL also discloses whether your rate is fixed or a variable, the term length of your plan, the amount of early termination fees if you cancel your service before the contract ends, and the renewable energy content percentage.

How do I find out the cancellation fee of my energy plan?

Electric companies charge a cancellation fee (called an Early Termination Fee, or ETF) when customers terminate their energy plan before the end date of the contract. A typical fee to cancel a 12-month contract early is between $120 to $200. Be wary of ETFs that are higher than $200 for a one-year plan. You’ll find the amount of the early termination fee for any plan you are considering in the Electricity Facts Label in the section called, “Do I have a termination fee?“ It’s important to note that ETFs are generally not charged if you are moving from your home, though you may need to provide proof that you’re moving out. For more information, read our Electricity Facts Label Guide at HomeEnergyClub.com.

How do I determine the energy price I’ll pay based on my kWh usage?

To conveniently view a history of your home’s usage so you can estimate the rate you’ll pay in any given month, go to SmartMeterTexas.com, or you can find your usage in your monthly energy bills. You may wish to read our handy Smart Meter Guide at HomeEnergyClub.com.

With your actual usage information over a 12-month period, you can estimate your future usage, though there’s no precise method for estimating usage due to changes in weather, changes in a home’s energy efficiency and other considerations.

How do I know if I have a fixed electricity rate?

Electric companies on HomeEnergyClub.com offer plans that have fixed rates or variable rates. Fixed-rate plans lock in your rate for the term of the contract (usually 12, 24 or 36 months), and variable rate plans float with the market or can be changed at any time by the electric company. If you wish to have more predictable bills, fixed-rate plans are the better choice. To confirm that a plan you’re considering has a fixed rate, open the plan’s Electricity Facts Label in the Plan Details section and scroll down to the section titled “Type of Product”. Read our guide for more information.

What is a TDU in an Electricity Facts Label?

In an Electricity Facts Label, “TDU” stands for Transmission and Distribution Utility, which is the company delivering energy to your home and correcting outages (for example, Centerpoint in Houston and Oncor in Dallas). The TDU fees in your monthly bill cover the cost of managing power lines, checking meters, correcting outages and other services. TDU fees are always government regulated, and unlike the “energy charge” in your bill, electric companies cannot change them. You’ll find TDU charges for energy plans in the “TDU Delivery Charges” section of the Electricity Facts Label. For more info, go to HomeEnergyClub.com.